What You Need to Know Epicor® REST API

A REST API and a SOAP API are two different animals best equipped to handle certain tasks over others.

Not sure which API is best for your needs?

If you’re learning the ins and outs of Epicor ERP software and your developers need software components to communicate with each other, you’re going to need to use APIs.

Let’s say, for example, that you need your shopping cart to communicate with your payment page. An API is what makes that possible.

However, there’s a big difference between the types of APIs.

Here’s what you need to know about SOAP and REST and how they fit into your software. 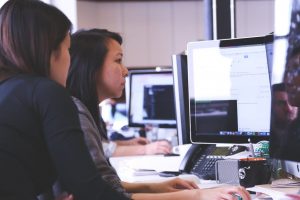 What Is an API?

To the uninitiated, API sounds like a type of beer.

To the initiated, you may use the term so often that you try to order it at a bar.

An application program interface, or API, is a set of protocols, routines, and tools for building web resources. Think of it like a user’s manual—it guides how various software components are supposed to work together. It’s also used to program graphical user interface components.

Let’s say that your company has a form to sign clients up for appointments. You want that form to interface directly with Google Calendars to create an event with details of their appointment so that they can automatically save the event in their phone.

To do this, your form software has to talk directly to Google Calendars.

It also has to receive a response from Google Calendars, processes it, and send the relevant information (like a confirmation message) to a browser. This is where an API comes in.

An API is the part of the server that receives requests and sends responses.

There are several types of APIs, but two common ones are SOAP and REST APIs.

What Is a SOAP API?

Simple Object Access Protocol, or SOAP, is a message protocol that allows distributed elements of an application to communicate with each other.

As a protocol, it has four basic parts:

It uses HTTP as its delivery system, but it can also support other transport protocols.

In plain English, SOAP was designed to ensure that programs built on different platforms (or coded in entirely different programming languages) could exchange data effectively.

What Is REST API?

Representational State Transfer, or REST, is an architectural style for providing standards between computer systems on the web, allowing different systems to communicate with each other.

The beauty of REST is its simplicity.

It relies on CRUD (Create, Retrieve, Update, Delete) to keep API protocols as easy as possible to understand, which means that anyone from an entry-level developer to a lead architect can make sense of them.

In addition, any developer who’s accustomed to working with the internet’s HTTP (i.e. any web developer today) will feel comfortable using REST API, since it relies on the same basic constructs.

With that in mind, it’s easier to understand the differences between REST and SOAP (and why REST has replaced SOAP for many developers).

SOAP is a protocol, while REST is an architectural style.

The easiest comparison is an envelope and a postcard. REST is like a postcard—it’s light and consumes less paper (bandwidth). SOAP is like an envelope—there’s extra work required at both ends to package and unpackage it.

By and large, developers have switched over to REST from SOAP. In fact, only a handful of recent APIs rely on SOAP exclusively.

This is in part because of compatibility. SOAP cannot make use of REST since SOAP is a protocol and REST is an architectural pattern. But REST can make use of SOAP as an underlying protocol since it’s just another protocol for the pattern to process.

There are certain situations better suited to REST and others that are suited to SOAP.

For example, if you have lower bandwidth or limited resources, SOAP messages require more bandwidth to process, so REST would be more effective. In addition, if you don’t need to maintain a state of information from one request to another, you should use REST.

An online shopping cart, for example, needs to retain the state of the cart items while transferring them to the payment page, which means you would need SOAP.

Making Your ERP Work for You

When applied to the right tasks, SOAP and REST APIs can greatly improve your software functionality and makes it easy to complete tasks that your customers take for granted.

Of course, if you’re just acquiring the software your business needs, APIs may be further down the list. You’re just trying to make sense of the options in front of you.

Here’s why you should use ERP software.

If you’re ready to see the software in action, click here to check out our Epicor ERP services.